It's a great day in America!  It doesn't matter if you're cheering for the under-dog, have big money on the game, or are only watching it for the commercials or the half-time show, but the one thing we call all agree on is that it's the most important day of the year - The Super Bowl! So that takes us to how you're going to celebrate it.  And with the help of GlowProducts.com, you can take your next Super Bowl party to a whole new level of integrity and excellence.  OK, maybe we've been watching to much “NFL Films Presents”, but you get the idea!

How to Light Up Your Super Bowl Party:

It's the day of the big dance - are you ready to light it up?  With Glowproducts.com you can host the ultimate Super Bowl Event!  You've got the big screen, you've figured out your prop bets, now it's time for Light Up Pilsner Glasses, Light Up Rock Glasses, LED ice cubes and don't forget the glowing football and light up hula hoop for the half time target competition!  Because remember, it's not about if you win or lose, but how you partied.

How to Light Up Your Super Bowl Half Time Target or Longest Throw Competition
(After the game is also a good time for this, especially if your team just won and you're in a celebratory mood)

What you will need:
- One LED Glow in the Dark Football
- One Light Up Hula Hoop
- 14” LED Ground Stake Markers for the distance/accuracy competition
- Sticky notes and a pen
- Several overly excited contestants

This generally works best outdoors, but if you have a big house and insurance, that will probably be fine too.
There are actually a couple of ways to do this, but first you'll need to light up the hula hoop and light up the football and the glowing ground stake markers.  And get your sticky notes and pen ready.
The first type of accuracy competition is to place the hula hoop on the ground about 15 to 20 yards (45 to 60 feet) away from the throwing line.  Have someone out on the field with the Light Up Ground Stake markers for indicating where the throws landed and sticky notes for writing on the Ground Stake the contestant's name - and also for throwing the ball back.
The second type of accuracy competition is to have the hula hoop held upright by two people on either side of it and see who can throw the football through the hoop.  When a contestant misses they're out.  Continue eliminating contestants until the most accurate one remains.
The Longest Throw competition will involve just the Light Up Football and the sticky notes.  Out in a field each contestant takes a turn throwing the football as hard and as far as they can.  Again, you'll need somebody out there to write the contestant's name down on the sticky note and mark where their throw has landed out on the field.
Winner gets a Glowing LED Football and a pad of sticky notes!

How to set up a Glowing Football Field:

Are you ready for some Glow Football?  You'll need one of our excellent Glow in the Dark Footballs of course.  And you will need some 22" necklaces to line out the field and center line and the end zones.  And make sure to mark out the field goal post so no one runs into it! And also mark any sprinkler heads, random hazards or anything else you don't want to run into when playing.  To light up the players use two different colors of  22" Glow Necklaces, 8” Glow Bracelets and Light Up Armbands.  To be the best you have to Glow the best!  Now get out there and take it to the house! 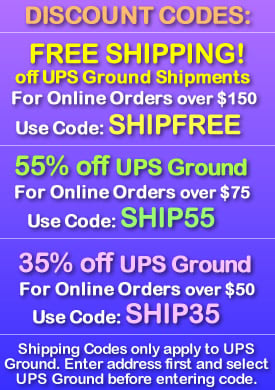